This transcript contains time markers and screen shots of the webinar.

Okay hi everybody and welcome to our live webinar for the new update of Care Control which is coming out to all of our customers on the 10th of July which is next Wednesday. We do these webinars occasionally because it’s a good way of communicating out some of the larger releases. We record them and they will be available to watch again from our YouTube channel. We will also send out the release note which is currently just over 70 pages long for this update, so it’s quite a big one and there’s lots of stuff that we need to go through, hence why we’re doing a webinar today.

The format of the webinar will be that we will go through basically the release note which is going to be sent out to everybody on Friday (05/07/2019) so I’ll go through that with you guys. Obviously it’s an opportunity to ask some questions as we go forward and no doubt there will be further communication later on during this week.

Okay, so if we go straight into Care Control Windows and I will just go through some of the changes that have taken place as part of this release. Okay the first major change is around the Staff Module. 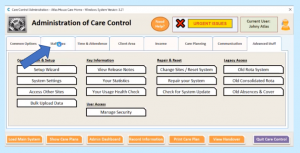 If I go into Add/Edit Staff Records… 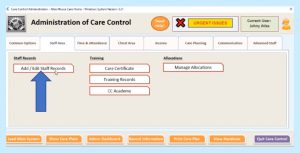 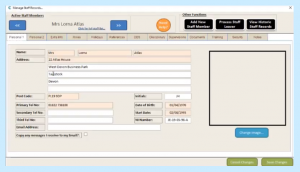 …and this is one of the major changes that we’ve done in part of the July release. We’ve included now a new tab called Roles… 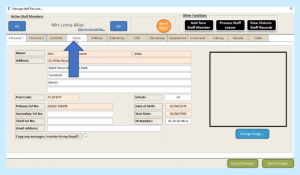 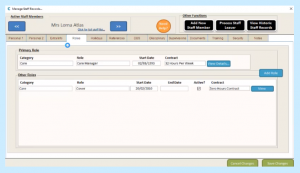 Now Roles is replacing the Linked Record tab that we used to have previously. Now our existing customers will know that in the previous system you could have up to two staff members linked together and that was the support staff who did multiple jobs. However, we have some customers who have got staff who need to do more than two jobs and we also have some other settings that are related to the role of somebody in a care home or care organisation. So we’ve created this new structure called Roles and you can have as many roles as you want for a staff member. So, in this example the staff member is called Lorna Atlas and she has multiple roles: 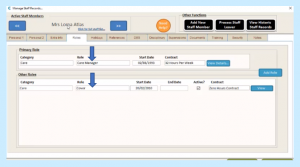 She has two roles of primarily Care Manager another one of Cover. 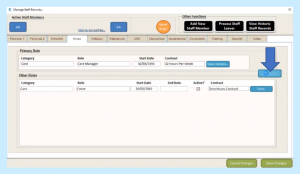 …and this is where you have a screen that allows you to create a new role for a staff member: 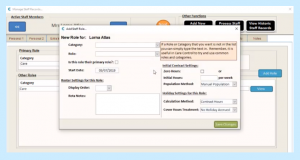 A Role has a category: 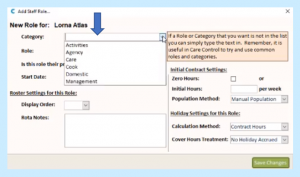 If you remember, Category is the highest level of categorisation for a particular Role and in this system we have six categories. You can also select a Role from the list.. 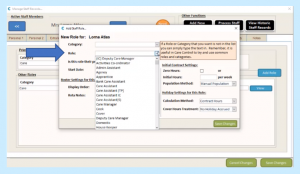 …or you can type a Role name in there. If you were to, in this example if you wanted to make this Role so it’s the primary role, if you tick this box here… 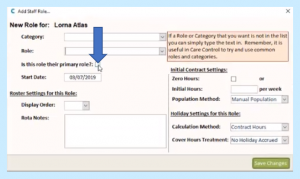 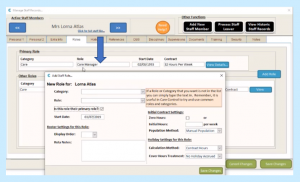 …will become a secondary Role. You can enter the Start Date of the Role so when do they start this new job: 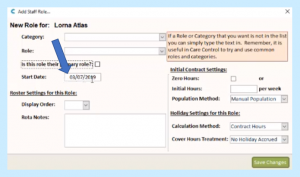