Click on the link below if you wish to watch the original Webinar that this help document is based upon:

In the Webinar, Part 3 of the Income Module information starts at 20:55 minutes into the video and this transcript contains time markers.

Different Ways of Dealing with Credits and Payments 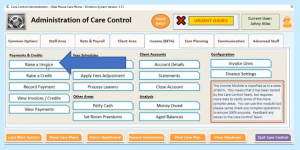 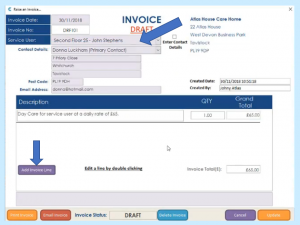 …and we’re going to add an additional Invoice Line where we’re going to say that also a member of staff assisted him to go to the shops for a couple of hours: 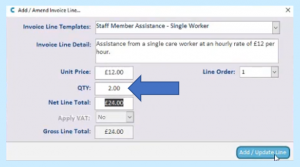 So we’re going to put two hours of our support in addition to the day care.

We’re going to update the invoice… 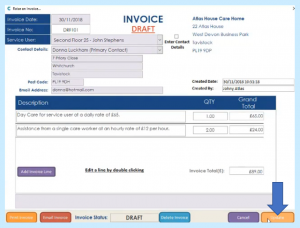 …and we’re going finalise it.

I’m going to come back out of this screen here, but let’s say we sent that invoice off and there’s a query that’s been raised about the support that we added onto the invoice and we need to raise a credit for a proportion of that invoice. Here we can go into Raise a Credit: 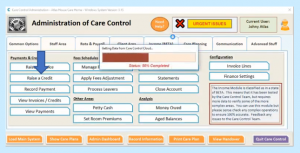 We can go and pick John from our list again: 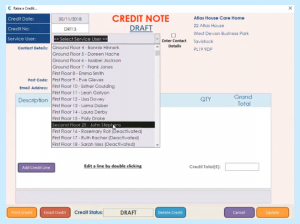 Here we can add a single worker support: 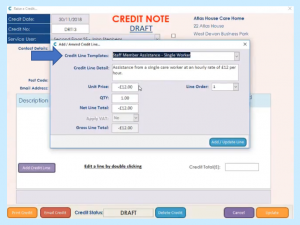 You’ll notice now it’s a negative because we’re raising a Credit. Remember it was 2 lots of that… 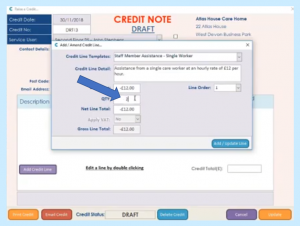 …and now we’re going to Update and Finalise that credit, so now when we finalise it, we can email that and print that if we wanted to. 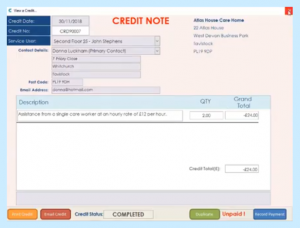 If we go and look at the Account now for John…

…you’ll see there are 2 records on here which have not been reconciled: 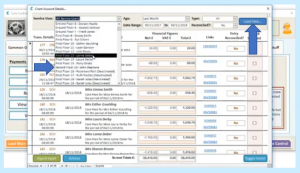 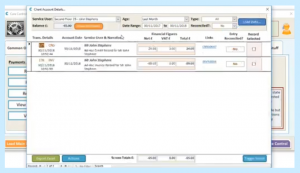 We have an invoice for £89 and we have a credit for £24 leaving an outstanding balance of £65. In order to reconcile those transactions we need to record a payment against them because John owes us money in this case. So here we can go to the Record Payment screen:

We can pick John from the list and you’ll see all the transactions which haven’t been reconciled are on the right hand side: 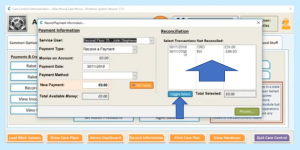 In this case we want to select all of them… 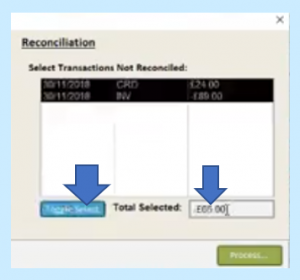 …and we go and look at John’s records you’ll see he has got no outstanding transactions; his balance is zero: 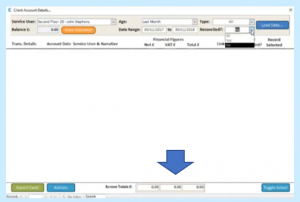 If I were to go and look at his reconciled transactions… 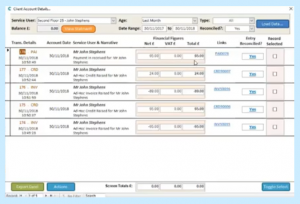 …you’ll see that we’ve received a payment of £65, there’s also a credit of £24 and an invoice of £89. If we click on any of these reconciled entries… 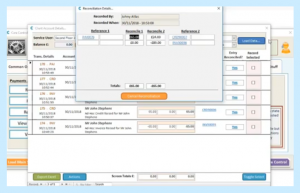 …you’ll see now the reconciliation as you would expect; that a payment had been made and that there have been a credit and invoice raised against the account.

So that’s a slightly more complicated, one but hopefully you can get the idea that what you’re trying to do with these reconciliations is you’re basically trying to clear that account down so that the outstanding balance is clear and you understand which service users may not have paid outstanding bills, whether that be ad hoc invoices or fees.

END OF PART 3 OF THE INCOME MODULE